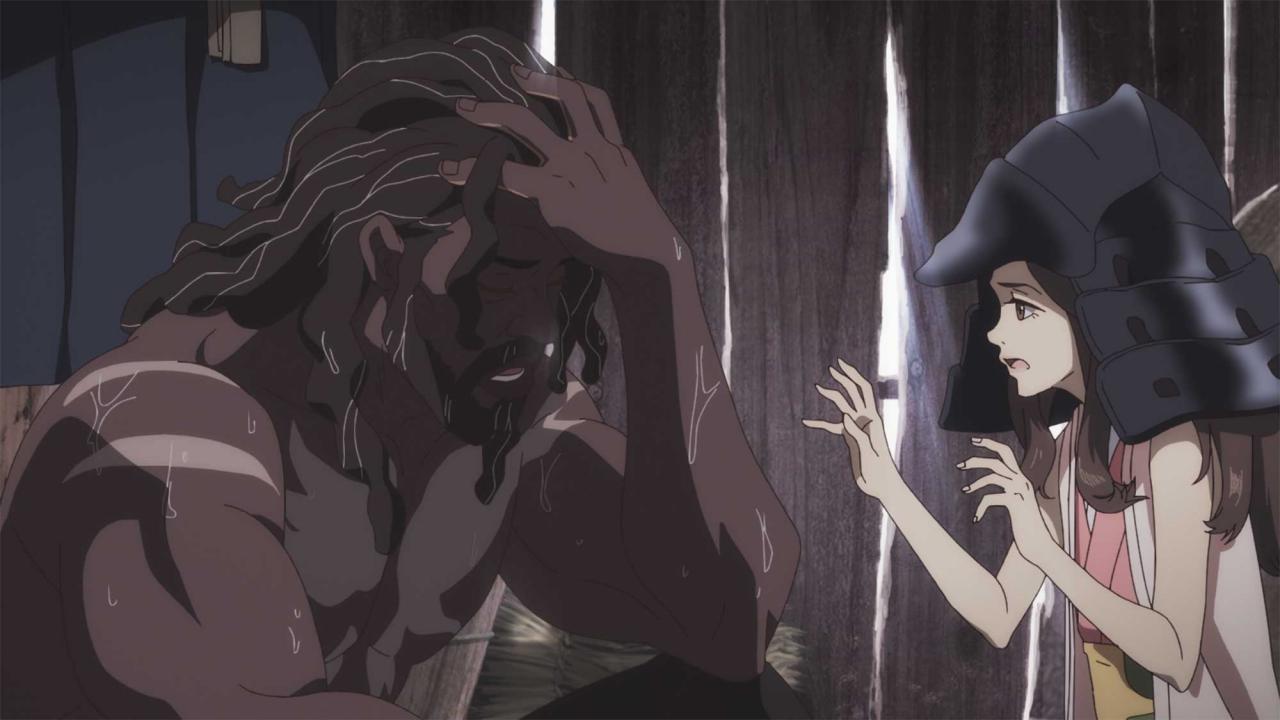 Netflix has revealed the first teaser trailer for Yasuke, the streaming service’s new anime series executive produced by and starring LaKeith Stanfield. While Yasuke was the first African samurai warrior, this new series is set in an alternate version of feudal Japan where Yasuke returns to his violent samurai lifestyle to protect a young girl.

The first trailer shows Yasuke as he rises from a servant to a great samurai, fighting against the old traditions, but after becoming an impressive warrior, Yasuke leaves his dark past behind, living as a boatman. However, Yasuke is found once more and is told of a prophecy about a black warrior who will save the people from the evils of the world. Naturally, Yasuke goes back to his old life, as the trailer is full of fantastical creatures and plenty of violence.

Yasuke is created by LeSean Thomas (Cannon Busters), who is also executive producer and director. Yasuke was created by Japanese animation studio MAPPA (Attack on Titan: The Final Season). Director and animator Takeshi Koike (Lupin the Third: The Woman Called Fujiko Mine) created the character designs, and experimental hip-hop artist Flying Lotus will also be handling the music for the series.

With Netflix launching a ton of new exclusive anime series for their service in the near future, the streaming giant is certainly taking a huge step in becoming a go-to for anime fans. But with Academy Award-nominee LaKeith Stanfield, Yasuke might be a series that draws in non-anime fans who are curious about the actor’s involvement.

Yasuke debuts on Netflix on April 29. Check out Yasuke’s first trailer, the show’s synopsis, and teaser art below.

Thomas came across the story of Yasuke about a decade ago. He found images online from a Japanese children’s book and found it interesting that “a Japanese artist was doing stories focused on samurai who were not only foreigners, but Black foreigners.”

Thomas didn’t seriously consider creating a show around Yasuke until he became more confident pitching series years later. He was working on Cannon Busters, another anime he developed for Netflix, in 2017 when the streamer asked if he had other ideas. “I pitched three and Yasuke was one of them,” he says.

“I didn’t want to do what everyone else was going to do, which was most likely a hardcore biopic,” he adds. (Before his death in August 2020, actor Chadwick Boseman was set to play Yasuke in a historical biopic.) “I didn’t want to be trapped by the elements of history, so to speak, and I wanted to add a sense of fantasy, a sense of romanticism to it, much like the Japanese do with their historical figures.”

Stanfield and Flying Lotus (a.k.a. Steven Ellison), who were aboard the project early on, were fundamental in bringing those elements into the story.

Thomas had “a more basic approach” in mind when Stanfield introduced the concepts of “trauma and mental health, the idea of psychological trauma from your past and how to overcome things that have stopped you from moving forward.” That’s where we find Yasuke at the start of this series, attempting to live a more humble life in a remote village in Japan.

Stanfield and Ellison then introduced a supernatural take on the material, which involves a Japan populated by mechs and magic. Thomas isn’t even sure he wants to mention the characters’ names at the risk of spoiling his own show, but he says the actor “wanted two major characters” that introduced that fantastical element.

One of them, a young girl, was Ellison’s creation. Yasuke is forced to pick up his sword once more when he’s tasked with transporting a mysterious child who has become the target of dark forces and bloodthirsty warlords.

Thomas recognizes the obvious parallels between Yasuke and his own story. The creator relocated from New York City’s South Bronx first to South Korea in 2009 and then later to Japan as one of the few Black creatives working in the country’s anime industry.

Thomas instead saw this connection as “an opportunity” to entertain people. That’s what he likes to do. He isn’t close to being comfortable putting his own story into his work just yet.

“I am not a Japanese person. I am not an expert on Japanese culture, but I do know the craft of television animation and am able to navigate the waters between the West and Japan, and understanding what makes both of those exciting.”