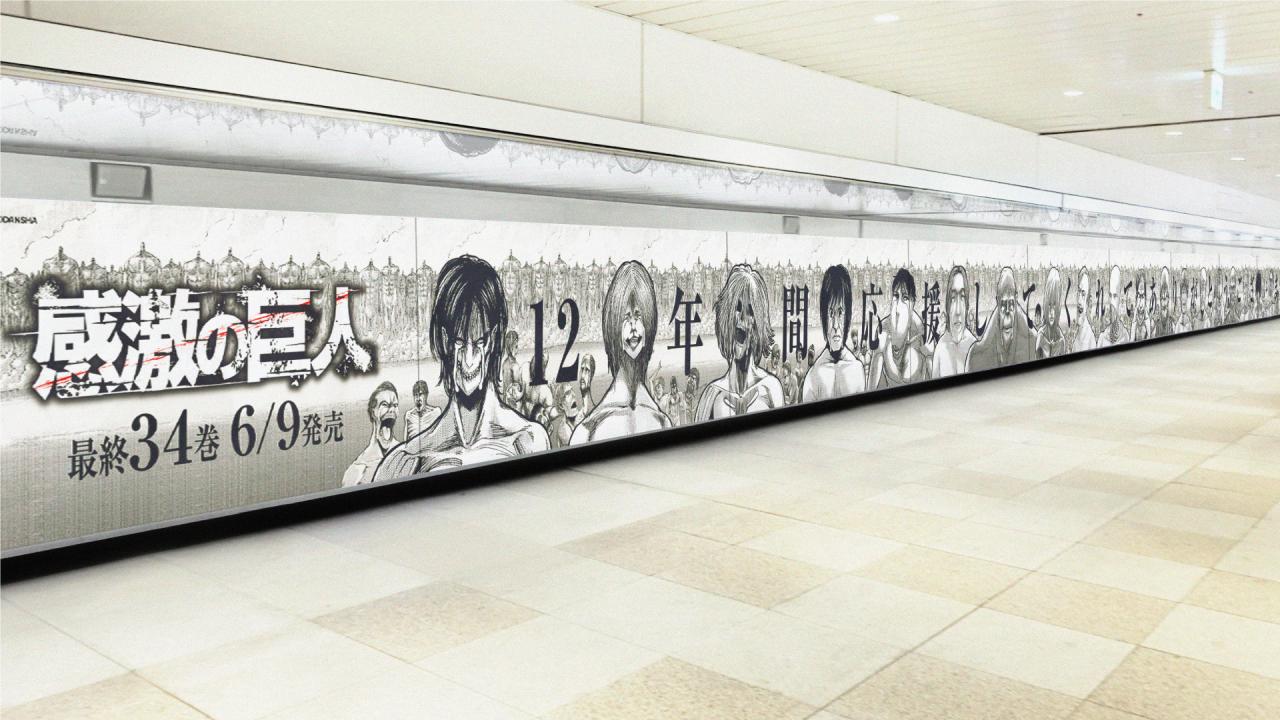 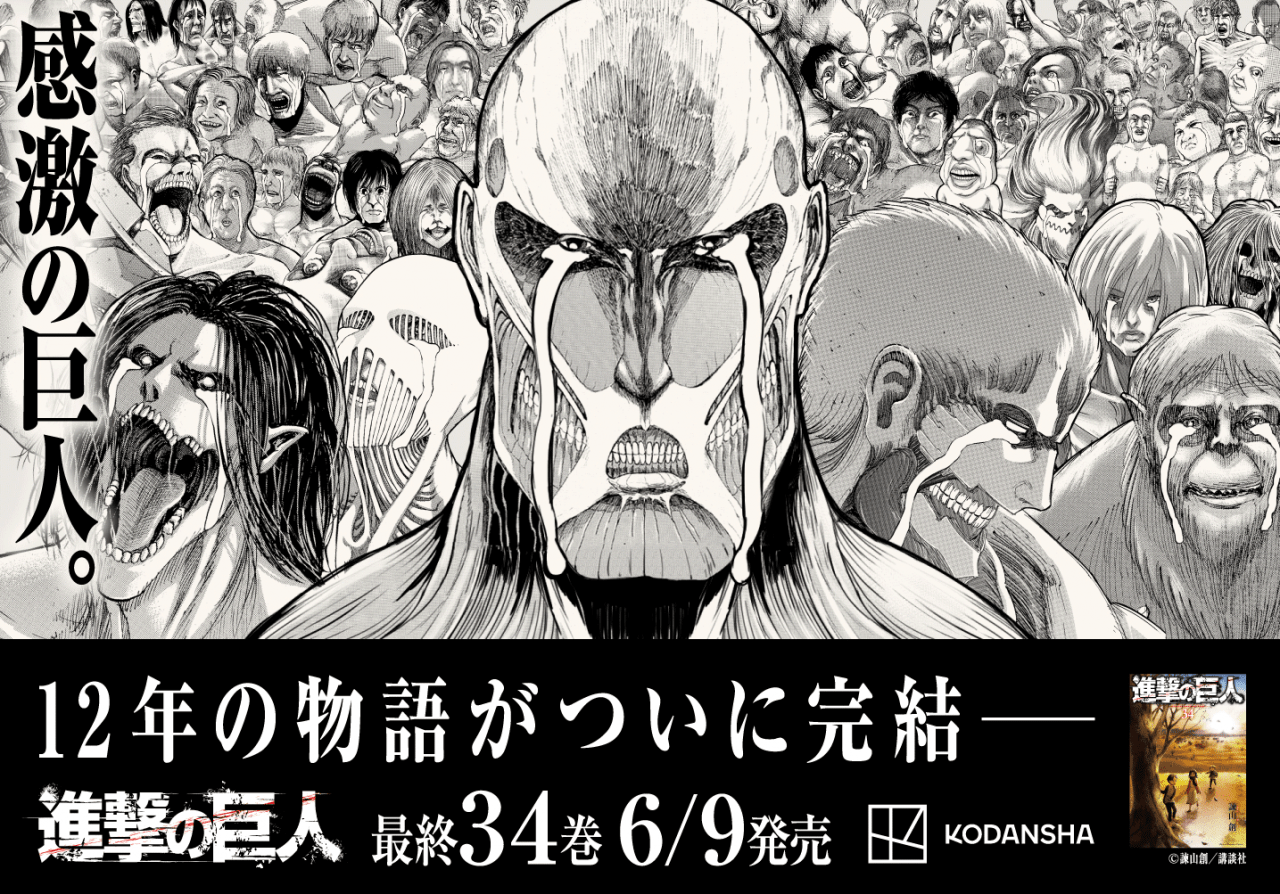 A giant Attack on Titan LED display is now available to see at the Shinjuku Station in Tokyo. It is a “thank you” to the fans who followed the manga series. The final volume of Attack on Titan manga will be released in Japan on June 9, 2021.

The titan-sized LED display is over 45 meters long and shows some of the titans from the series. In addition to Eren’s Attack Titan, we can also see the Smiling Titan, Beast Titan, as well as Female Titan, and others. It is currently the largest display in Japan.

Bessatsu Shonen Magazine, which serialized the manga, uploaded a video of Attack on Titan LED display on their Twitter account:

Kodansha also released a special visual about the advertisement, while thanking the fans for their support. The visual shows more titans, who are crying because they are grateful for the support, but also because the manga is ending:

Attack on Titan manga series sold more than 100 million copies worldwide. The final chapter of the manga came out in April, concluding the series after 11 years and 7 months.

The final volume of the manga is coming on June 9th and will be available in 2 special editions, as well as the standard edition. E-book edition will be available on online stores listed on Kodansha’s website. Cost of the volume is 570 yen (tax included).

Attack on Titan LED display will be featured for another week. So, if you find yourself in Japan, make sure to check it out in the East-West Free Passage of the Shinjuku Station.