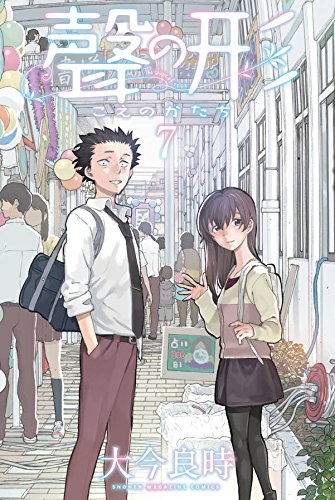 It’s announced in November that Yoshitoki Ooima’s Koe no Kitachi (Koe no Katachi) manga is getting an anime adaptation. However, according to the wraparound jacket band on the seventh (the final) compiled volume of the manga, the anime project will be a movie. The final volume will be released on Wednesday. No more details about the movie so far.