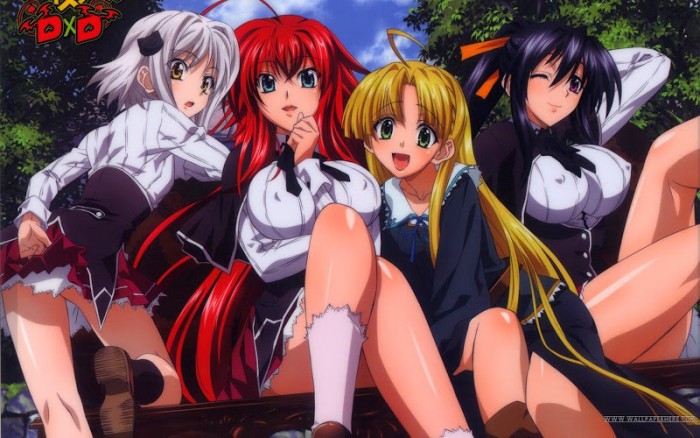 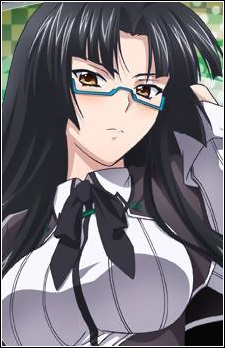 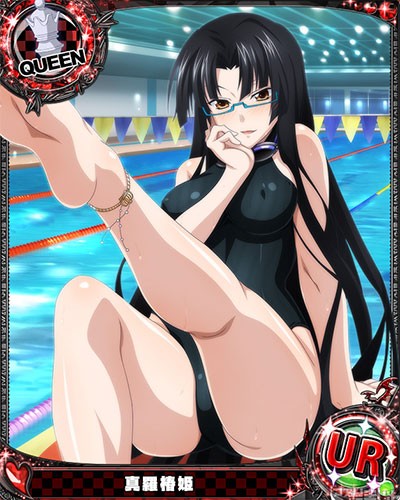 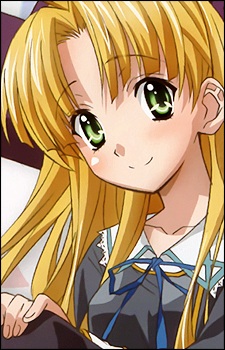 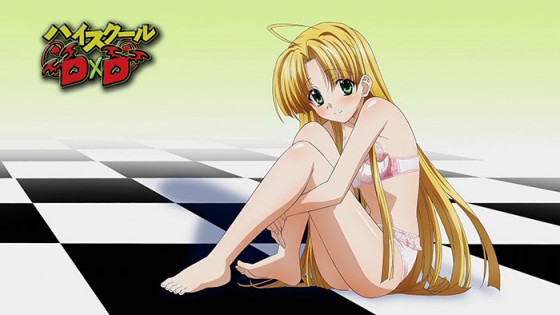 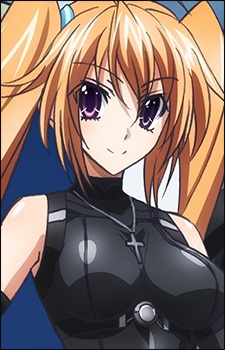 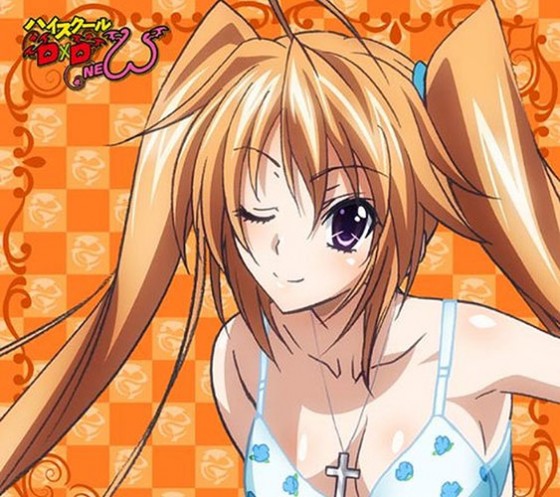 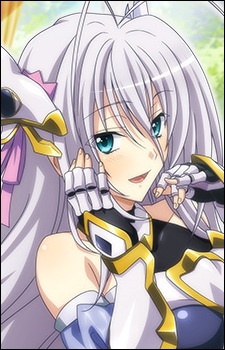 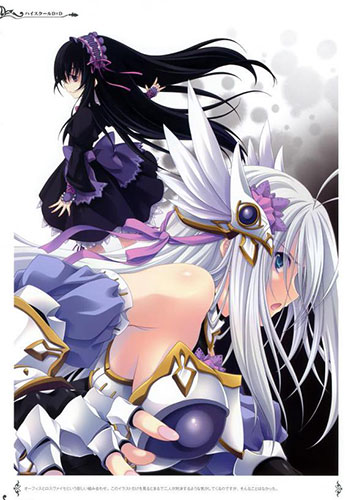 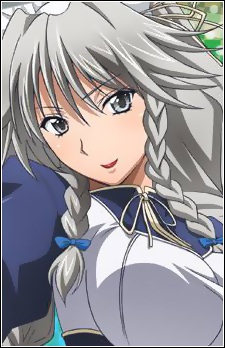 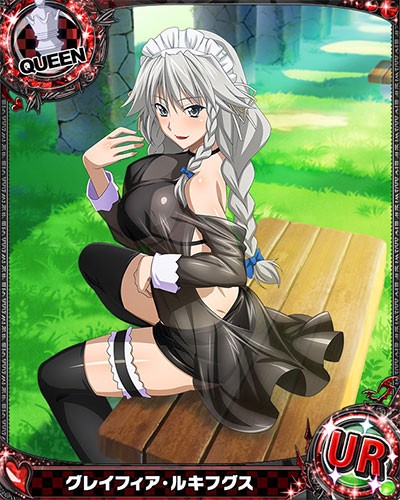 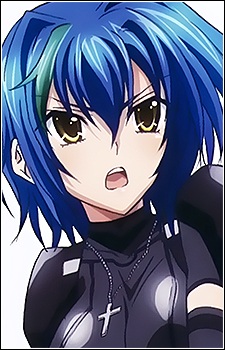 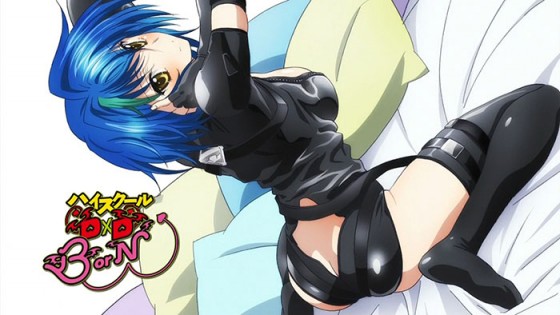 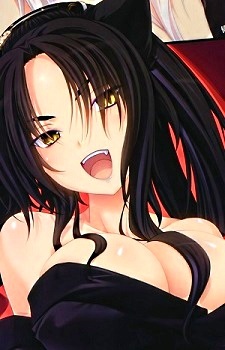 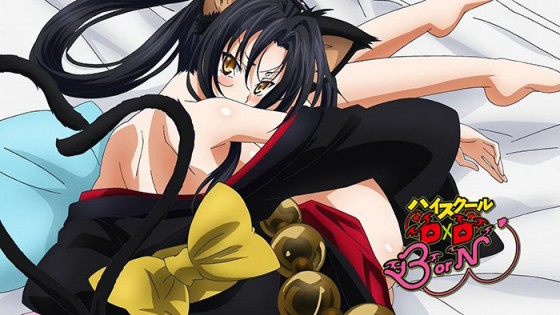 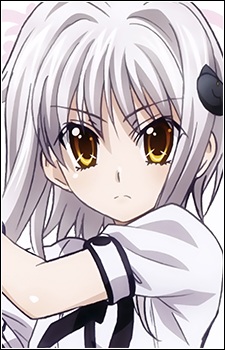 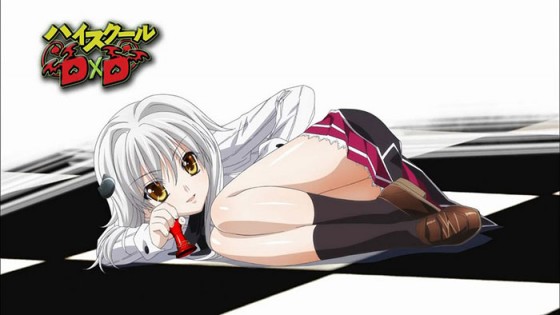 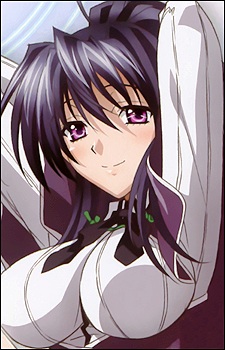 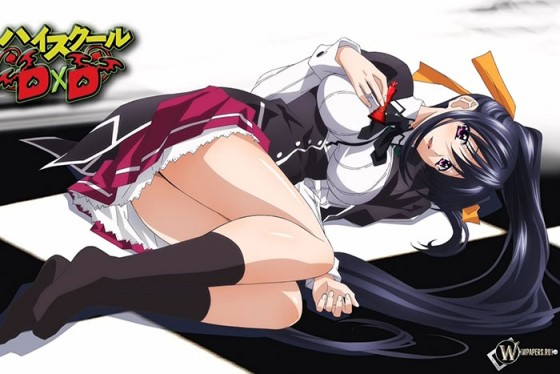 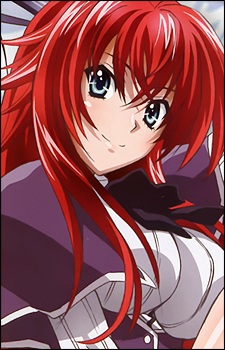 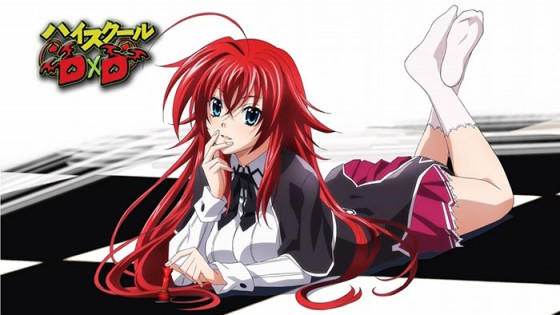 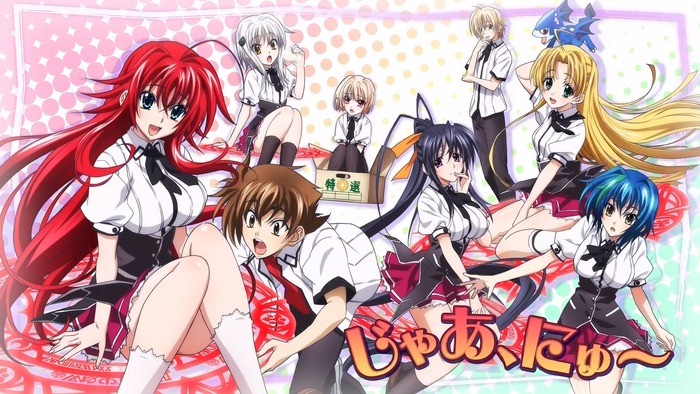 If you’re here, you’ve probably already seen at least one of High School DxD’s three seasons and are thirsty for more. High School DxD is one of the best known and most popular ecchi harem anime about, and it’s not hard to see why, with a cast of everything from cute lolis to the sexy, big chested Rias Gremory herself. This is of course all helped by the copious amount of lingerie and breasts featured throughout, along our good friend Issei’s generous usage of Dress Break to get rid of those nasty annoyances known as clothes.

Everyone no doubt has their own opinions of which girl is sexiest, cutest, “best girl”. But I’m here to see if I can offer a new perspective on things, and perhaps make you rethink your choice of waifu up until this point, or maybe just reaffirm what you were thinking all along.

Student council vice president Tsubaki Shinra appears fairly often throughout the series to support her peerage, along with Issei’s harem. With her incredibly straight, long black hair, Tsubaki is more of a traditional Japanese beauty than the other girls, which along with her calm demeanor is one of her biggest charm points.

Despite being a minor character, Tsubaki sees her fair of action, appearing in various outfits including bloomers and tennis gear, being attacked by living udon, and becoming one of the unfortunate victims of Issei’s Dress Break attack. With all of that in mind, it feels right that she deserves a spot amongst the stars of the show, even if that spot is number ten.

A member of Issei’s original harem, Asia Argento is a nun-turned-devil and the Bishop in Rias Gramory’s peerage. Often seen in her modest nun’s outfit, Asia is the most unknowing of the female characters, with her understanding of all things ecchi lacking severely.

Despite her naivety Asia’s inability to understand Issei’s dirty mind leads to a number of great efforts on her part to garner his attention, more often than not by following Rias’ example or even being told specifically what to do by the other girls. Unlike the other characters this often leads to a lack of clothing entirely, rather than the lingerie which is a standard for the series, making her one of the most frequently naked characters in High School DxD.

Next up is angel and Issei’s childhood friend Irina Shidou, making her first appearance in the anime’s second season High School DxD New. Up until her appearance, the show was suffering from a sever lack of twin tails, which as we all know is a terrible ailment to befall a harem anime.

Sporting a skin tight black playsuit, or “standard church battle attire”, Irina’s great figure being almost constantly on show is one her main appeal points. Unlike some of the other big breasted characters, she also has a surprisingly innocent personality, making ecchi situations seem even more perverse whenever she is involved.

A newcomer in High School DxD BorN, Rossweisse somehow manages to compete with Asia Argento in terms of innocence, which is quite a feat in itself. Considered a “young lady”, Roseweisse appears to be one of the oldest and most mature members of Issei’s harem, though often her ultra-childish side comes out and her true age shows through, such as when she starts crying after being abandoned by Odin.

Roseweisse’s slim figure and long hair help her fill the young office lady type role perfectly, and her battle gear is nicely designed so as to not cover the most important parts. Although a very cute character anyway, her modesty and naivety help to give her some very sexy moments throughout the series.

Strongest Queen and maid of the Gremory Clan, Grayfia Lucifuge is never seen without her maid outfit on, for which we are all very grateful. Although a cold and reserved character, it’s all just part of Grayfia’s charm, with her being the older, strict woman whose orders cannot be refused.

The maid outfit alone is one of Grayfia’s greatest assets, especially considering it does such a great job of accentuating her incredible bust. Being one of the most mature characters also comes with a certain allure that the other girls just can’t match.

Making her appearance along with Irina Shidou, Xenovia Quarta is a former member of the church and later a Knight and reincarnated devil within Rias Gremorie’s peerage. One of the more serious (or seemingly serious) members of Issei’s harem, Xenovia has a “whatever it takes to get the job done” attitude, which apparently includes trying to bear Issei’s child.

Xenovia’s outfit leaves nothing to the imagination, garbed in the same battle gear as Irina, which alone makes her an incredibly sexy character. Along with her “no holds barred” attitude towards getting it on with our fortunate protagonist, Xenovia is the tomboy that High School DxD needed.

The only true antagonist on the list, Kuroka is Koneko Toujou’s black furred sister and makes her first appearance in BorN, attempting to steal Koneko away from the Gremory peerage. Kuroka is sly and seductive, with her voice and charm playing a large role in making her the sexy cat girl that she is.

Always seen in her loose fitting kimono, which shows us just enough skin without giving too much away, Kuroka has no trouble getting up close and personal with her enemies, making the best use of her significant “assets”. On top of that, her cat ears and tail further increase the draw of her character, making her one of the hottest girls of the series.

Here’s one for the lolicons, cat spirit Koneko Toujou is the Rook of Rias Gremory’s peerage, and one of the only loli type characters to so far appear in the anime adaptation. Even if flat chested girls aren’t quite your thing, with the recent edition of her kitty ears and a tail, Koneko’s appeal is hard to ignore.

Although not actively pursuing Issei for a majority of the anime, Koneko seems to spend a majority of the show with her clothing ripped to pieces, and owns a fantastic array of panties. What’s more she doesn’t appear to be that bothered about putting her clothes back on, which I’d say is a big plus.

Akeno Himejima is High School DxD’s older sister character, and she fits the role perfectly, babying Issei constantly and more often than not using her incredible bust to do so. Out of all the characters in the show Akeno is almost certainly the most assertive, beating even Rias with her constant advances and ability to create sexual situations out of thin air.

Rocking the shrine maiden look during battle, it’s fantastic to watch Akeno getting off on the thrill of a fight as the obvious sadist that she is. Akeno’s main appeal is the number of fetishes her character covers: older sister, senpai, shrine maiden, sadist, school girl, all in one character. She the complete package.

This end was inevitable, I’m not even sorry, Rias Gremory tops it as number one sexiest High School DxD character. Designed to be the ultimate waifu, Rias is sexy, cute, and will stop at nothing to make you hers. As the head of her peerage and of the Occult Research Club, Rias has no trouble ordering Issei and the others about, making her an excellent senpai type character.

Very much a woman in control, she has no qualms showing off her new lingerie or even getting completely naked and forcing herself onto our fortunate protagonist. What’s more, her breasts themselves have now become a source of power in what is an unusual turn of events, making her the series’ most highly sexualized character by far. And with that, there is no question that Rias Gremory Is High School DxD’s sexiest female character.

Now being one of the longer running ecchi harem shows, High School DxD has amassed a significant number of hot, sexy characters, with more still to come if we’re fortunate enough to receive another season. But with that comes a lot of competition, with newer characters having to carve out their own niche, and the newest harem members having to earn their place amongst the girls already much loved by fans.

So how does this list compare against your own, pretty much on point? Or could it not be more wrong? Let us know what your top sexiest High School DxD characters are in the comments below.