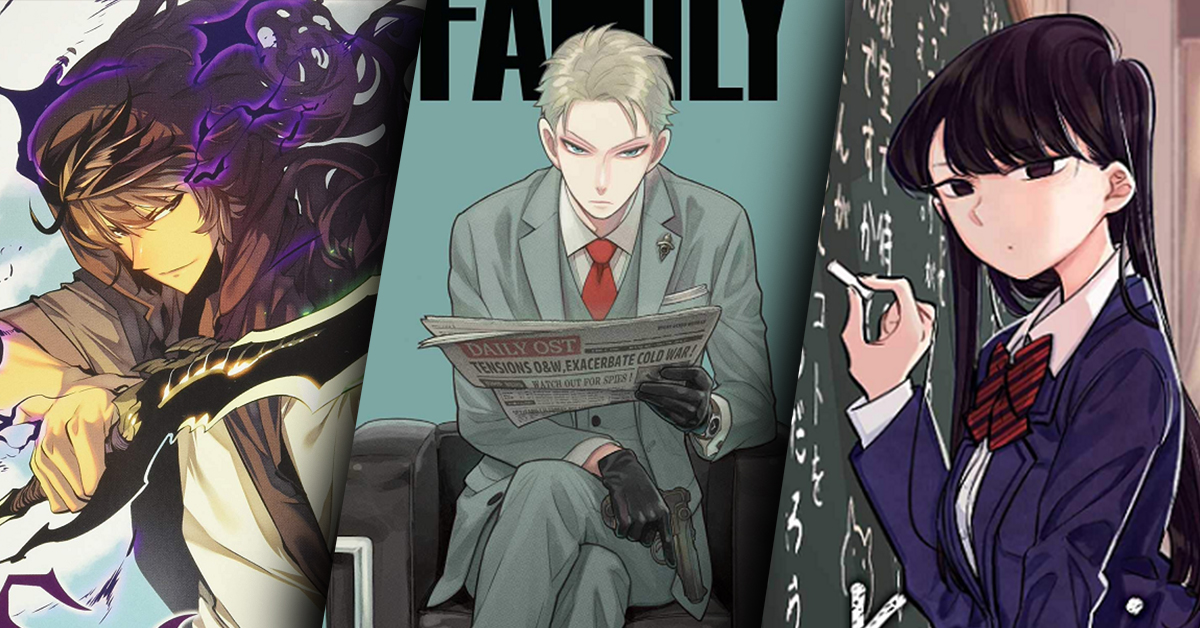 The list of the top 10 “Manga We Want to See Animated Ranking” was revealed on the first day of AnimeJapan 2021 held March 27, and there were about 250,000 votes this year, while there were 103 nominated works. Additionally, this edition gathered 1.3 times the votes from last year’s edition. For the original article in addition to authors’ comments, visit AnimeJapan’s ranking page.

With this in mind, we present the top 10 manga on AnimeJapan 2021 that fans want to see animated based on the people’s votes. If any of the manga piques your interest, you can also add your comments and thoughts below. Have fun reading!

10. Kusuriya no Hitorigoto (The Apothecary Diaries)

Back in the Middle Ages, Maomao, formerly an apothecary in the red-light district, is now forced to work as a servant in the Imperial Court. But then she hears a rumor that all the emperor’s children are short-lived, which sets the story into motion.

Driven by her inherent curiosity and thirst for knowledge, she begins to investigate the cause. Maomao’s insatiable desire to learn the truth makes waves in the Imperial Court…!

Yamadakun to LV999 no koi wo suru Volume 1 cover


Akane gets dumped by her boyfriend after he cheats on her in an online game. As she’s hunting monsters in the game to let off some steam, a man with an afro from her guild named Yamada calls out to her. She gets caught up in the moment and complains to him about getting dumped, to which he coldly responds “I don’t give a crap.“

Later on, in an attempt to get back at her ex, Akane gets all dressed up and marches into a real-life event for the game, where she’s called out once again the exact same way Yamada did… but this time by a handsome young man who saved her. Akane’s love life, which ended in an online game, is about to begin anew in the same game!?

The Synopsis of the Story:


I want to talk, but I can’t. If people found out about this anxiety, what would I do? Komi is a girl whose beauty turns the heads of everyone around her, but she suffers from social anxiety. She has a lot of trouble communicating, and to the people around her, she comes off as unapproachable.

“How do I strike up a conversation?” “Once I do, then what do I say?” Komi can’t help but get caught up on such questions.

This story follows the school life of Komi and Tadano, who she befriends. Komi may be trembling from her heart all the way to her fingertips, but her goal is to make 100 friends! This communication comedy will have you grinning ear to ear before you know it, but at times it will make your heart ache!


Youth shut-in Mahiro Oyama is given a suspicious medicine by his little sister Mihari that turns him into a girl. From going to the toilet to wearing a bra, a girl’s life is full of unknowns. What lies ahead for Mihari’s brother-turned-sister…!? The gender swap manga making waves on the web is finally getting paperback volumes!


For the agent known as “Twilight,” no order is too tall if it is for the sake of peace. Operating as Westalis’ master spy, Twilight works tirelessly to prevent extremists from sparking a war with neighboring country Ostania. For his latest mission, he must investigate Ostanian politician Donovan Desmond by infiltrating his son’s school: the prestigious Eden Academy. Thus, the agent faces the most difficult task of his career: get married, have a child, and play family.

Twilight, or “Loid Forger,” quickly adopts the unassuming orphan Anya to play the role of a six-year-old daughter and prospective Eden Academy student. For a wife, he comes across Yor Briar, an absent-minded office worker who needs a pretend partner of her own to impress her friends. However, Loid is not the only one with a hidden nature. Yor moonlights as the lethal assassin “Thorn Princess.” For her, marrying Loid creates the perfect cover.

Meanwhile, Anya is not the ordinary girl she appears to be; she is an esper, the product of secret experiments that allow her to read minds. Although she uncovers their true identities, Anya is thrilled that her new parents are cool secret agents! She would never tell them, of course. That would ruin the fun.

Under the guise of “The Forgers,” the spy, the assassin, and the esper must act as a family while carrying out their own agendas. Although these liars and misfits are only playing parts, they soon find that family is about far more than blood relations.

5. Watashi no Oshi wa Akuyaku Reijou (I’m in LOVE with the VILLAINESS)


In the world of the otome game “Revolution”, corporate slave Rei Ohashi is reincarnated as the heroine Rei Taylor. But the character she fangirls over is… NOT one of the game’s princes! It’s the evil villain Claire Francois!

In her previous life, Rei did nothing but play games… will her knowledge and passion allow her to get closer to Claire? This sets the stage for a tumultuous fantasy/romantic comedy!


A lone adult cat is left unsold at a pet shop. Day by day, its price drops, and it isn’t even looked at. When it had given up all hope of finding a home, a lone man appeared before it. He said one simple thing: “I want this one.” This is the heartwarming story of a cat who just wanted a loving home, and a lonely middle-aged man.


One day, Makoto Hanaoka, lover of all things cute, is confessed to by his junior Aoi, mistaking him for a girl. Makoto turns Aoi down and apologizes, explaining that he is actually a boy, and that he’s never fallen in love with anyone.

However, upon learning the truth, Aoi is delighted to have a senpai with perks of both genders, and proclaims “I will become the first person you’ve ever loved”, as Makoto looks back in shock.


Around a decade ago, a gate appeared linking our world with an alternate dimension. And along with it, people called “Hunters” awakened. These Hunters earn their keep by defeating the monsters lurking inside the gate. But not all Hunters are powerful beings.

One such person, E-Rank Hunter Sung JinWoo, known as the “World’s Weakest Hunter”, is reluctantly doing the job to pay for his mother’s hospital bills. One day, JinWoo happens to stumble upon a “double-layered” dungeon hidden within a D-Rank dungeon, and moments before his death, he’s granted special powers.

A daily quest window only he can see…!? Only he knows the secret to leveling up… by completing quests and defeating monsters every day, he can level up…!? Just how high will his level get!?

1. Boku no Kokoro no Yabai Yatsu (The Dangers in my Heart)

Hopelessly delusional and antisocial edgelord Kyotaro Ichikawa chuckles to himself, imagining murdering the beautiful Anna Yamada, the most popular girl at their school.

However, as he observes Yamada, Kyotaro gradually comes to the realization: “She’s completely different from the social butterflies who look down on the unpopular kids…?!” And thus begins the first love of the antisocial Kyotaro. This young couple romantic comedy between an introvert and extrovert, transcending social cliques, will have you smiling!

These manga series topped AnimeJapan 2021’s “Manga We Want to See Animated” ranking. With the proven popularity, we might just see them come to life soon. Solo Leveling would especially be much appreciated by a lot of fans. All of the top 10 are popular of course, but there’s a lot other good manga which rank outside of top.