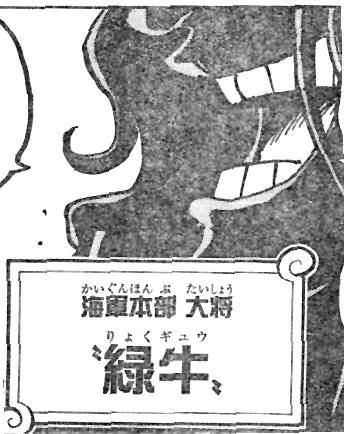 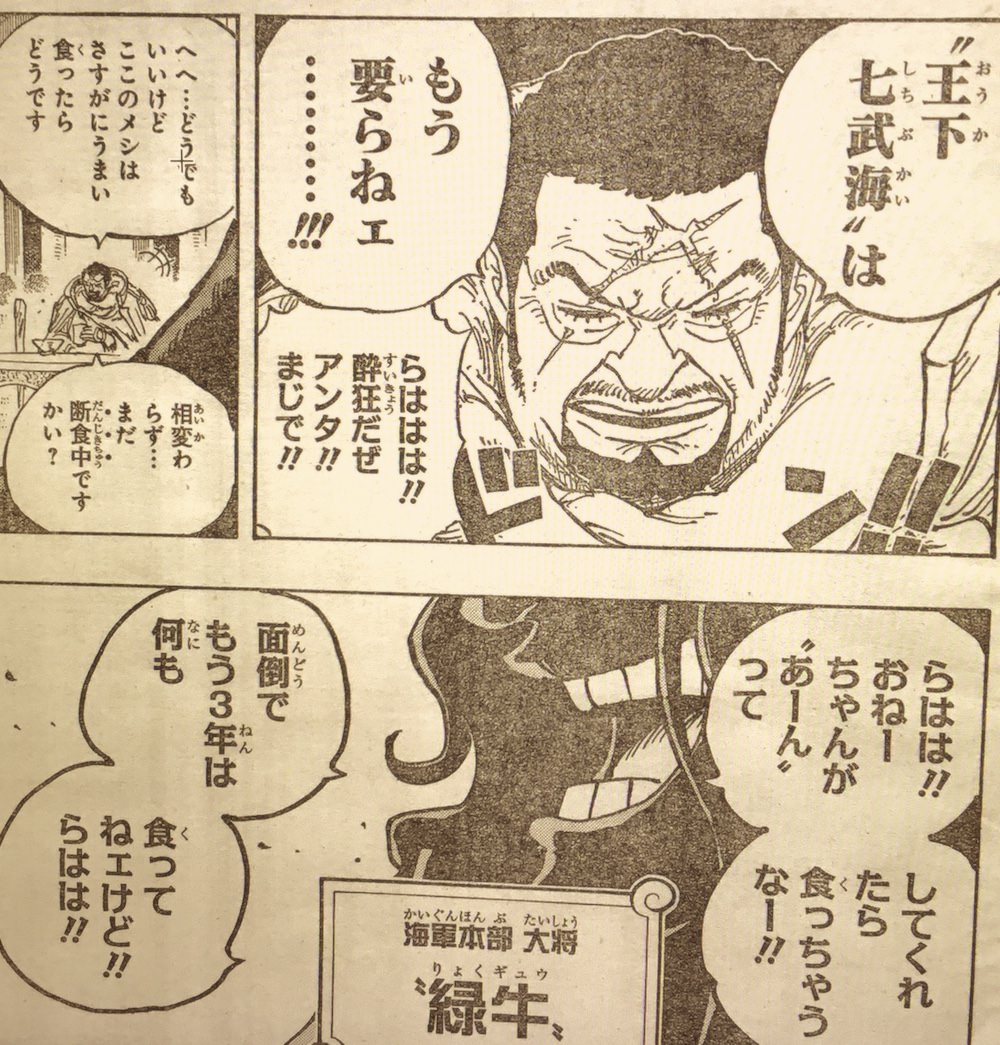 One Piece 905 is being delayed. After the last week’s manga chapter fans were eagerly waiting for the next OP chapter but they are going to be a bit of disappointed that One Piece manga alone is being delayed, not any other manga series.

In the cover we see Orlumbus in his room putting away his clothes.
First pages is a double page with “New Marineford”. Amazing illustration.
Sakazuki is talking with T-Bone about Fujitora.
We can see 4 new King/Queens from Reverie.
Neptune arrives with Shirahoshi and his 3 sons. Garp has been escorting them.
Sterry is in shock when he sees Garp.
Fujitora and Green Bull talks in Mariejoa. We can only see Green Bull shape, only part of his/her face (I can’t say if is a man or woman).
Sterry sees some crows and he’s afraid. A soldier says it’s all OK, he’s Sabo.

During conversation between Sakazuki and T-Bone, Sengoku and his goat appears.
One of the Kingdom in the Reverie is “Roshwan Kingdom”.
Attach is one of the photographer that is taking pictures to Shirahoshi.
New Revolutionary members are a Mink (a giraffe with horns?), a guy with an egg-shaped body and mustache, and a girl that seems Robin (she’s not the real Robin, obviously).

About Fujitora and Ryokugyu conversation, they talk about Vegapunk that finished something amazing. With that new “invention” Ouka Shichibukai it’s not needed anymore.

Green Bull might be based on Yoshio Harada who appeared in Japanese film titled “Rouningai” (浪人街) with Shintaro Katsu, Kunie Tanaka whom Fujitora and Kizaru are based on. 5ch people are guessing that Green Bull’s laughing style “Rahaha” might be based on Harada.

In Rouningai, there is a character called Red Bull (赤牛).

He apparently had a play/movie with the actors Fujitora and Kizaru are based on. In that he also refuses to eat food, but when he does it turns out he tricked the others and betrayed them for something.

One Piece Chapter 905: The Revolutionary Army Reveal Their Plans