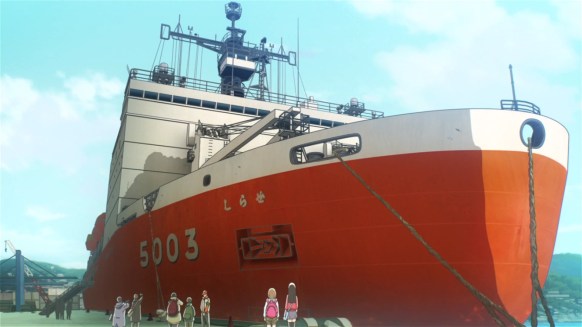 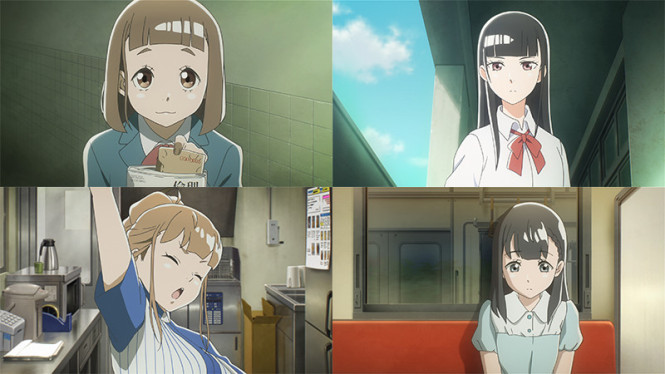 From Fantasy to Reality: The Process of Thorough Interviews


— First off, where did you come up with the idea of having high school girls go to Antarctica?

Ishizuka Atsuko: When I was working on No Game No Life, I kept talking about how my next venture was going to be an adolescent story about girls trying their best. That was the first real development of the show. The problem was that high school girl anime were popping up all over the place. We thought if we are going to do this, why not try drawing a place none of us had been to before? My thought process was basically, “Where have none of us been? Antarctica?” (laughs).

— Antarctica is pretty far though, and it’s not somewhere you can easily imagine off the top of your head.

Ishizuka: Yes, that is correct. If you just want to see the edge of Antarctica, then there are any number of tours available, but the only way to get to the heart of it is to be a member of the Antarctica Expedition team aboard the Shirase. There was a lot to think about how to get Kimari and the others, a bunch of normal high school girls, to Antarctica. In the end, we went with the most realistic possibility.

— Certainly, with the Shirase shown at the end of episode one, it feels like an authentic portrayal.

Ishizuka: We gathered so much information (laughs). We had a lot of help from the Japanese Maritime Self-Defense Force and the National Institute of Polar Research. They even let us board the real Shirase. I got so excited I decided I wanted to go to Antarctica myself, but all of my attempted coercing was for naught (laughs).

— Were photos and videos from Antarctica the primary source of material for your portrayal?

Ishizuka: Yes. We had lots of photos and videos to use, and some sites let you tour the inside of the real Showa Station. We incorporated as much realism as we could.

— That’s something to look forward to. Moving on, what was the most challenging part of the production?

Ishizuka: Daily life at the station. When the expedition members wake up? Where do they wash their face? What does a typical conversation look like? What do they wear to sleep? How many blankets do they use? How do they pass the time? Question after question that couldn’t be answered with the material given kept popping into my head.

— How did you resolve all those questions?

Ishizuka: I lined up interviews with many of the previous expedition members that have experienced everyday life in Antarctica. One by one my questions were answered. Holding those interviews was a lot of fun. Through our conversations, my clouded image of life in Antarctica slowly but surely became a vivid scene that I felt confident I could draw.

— How did you decide on Kimari, Shirase, Hinata, and Yuzuki as characters?

Ishizuka: Kimari is a character that wants to go out and do something, but can’t seem to take that first step, and I think that a lot of people are in that position. She’s not all that lazy, though, since she managed to wind up in an ambitious place like Antarctica (laughs). Once she takes that first step, she has no breaks and cheerfully, but slightly foolishly, goes full speed ahead. Shirase seems cool and level-headed at first, but she is not at all. While she has a lot of fire behind her, she also has an unfortunate past. Putting these two together isn’t enough to get them to Antarctica, so we add in the reliable Hinata to watch over them. Initially, Yuzuki looks down on those three but adding in her and Hinata; you get a ragtag gaggle of girls. They earnestly aim to land in Antarctica, so they are all a bit ridiculous (laughs). Each of them is missing a piece of themselves, but when the four come together, they make up for what the others lack and because of that, they can make it to Antarctica.

— There is a lot of attention on the friendships and relationships that bloomed between the four.

Ishizuka: They start out acting like normal high school girls towards, but as the story continues they feel more comfortable around each other. For example, when one of them hits hard times, they don’t have to bring it up like, “Oh my gosh, guys listen to this.” They don’t need to tell anyone anything, and the others don’t need to hear the complaints to know. They have the sophistication to know that there is kindness in leaving someone be — that they can trust each other without saying a word. Such a trait is rare for the normal high school girl, but it is something the girls naturally build up. They are much more than friends they are family.

— That makes sense. If they were trying not to step on eggshells the whole time, life in Antarctica would prove impossible.

Ishizuka: Correct. They are living their days in a space isolated far away from civilization. If for some reason, the girls never got together again after they returned home from Antarctica, I’m sure they could confidently proclaim that the time they spent together was one of a once in a lifetime friendship. That was a major theme I wanted to draw out from this story.

— At the beginning of the show, you show us step by step the process for the girls to get to Antarctica. The everyday scenes of Kimari and the rest were also very realistic.

Ishizuka: If the everyday scenes were unbelievable, we would lose realism in Antarctica, so we hunted down locations for the school, side streets, downtown, everywhere, to capture the feeling that it was just another day in their lives. If you are looking for the locations, I would start with the girl’s bathroom from episode one and the busy street in Shinjuku in episode two. I feel bad because I asked for a lot from our background artist (laughs), but they churned out absolutely wonderful backgrounds, so please check those out.

— Was there anything different in the atmosphere between Japan and Antarctica?

Ishizuka: Of course they are different. Japan was hot and humid, but the closer they got to Antarctica the clearer and cooler the air became. I wanted to express that change in the air with different shades and textures, so we had varying color pallets for Japan and abroad. It was a rather extravagant plan, and it was a pain to get together, but I wanted to do it no matter what.

— You stuck to your guns! I can’t wait to see Kimari and the others on their expedition.

Ishizuka: They have to become members of the Antarctic expedition team. They have to meet and get to know each other so they can make their dreams a reality. Please, watch their drama unfold.