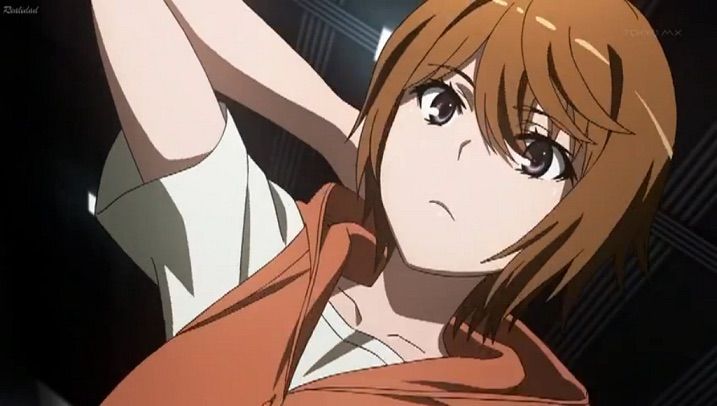 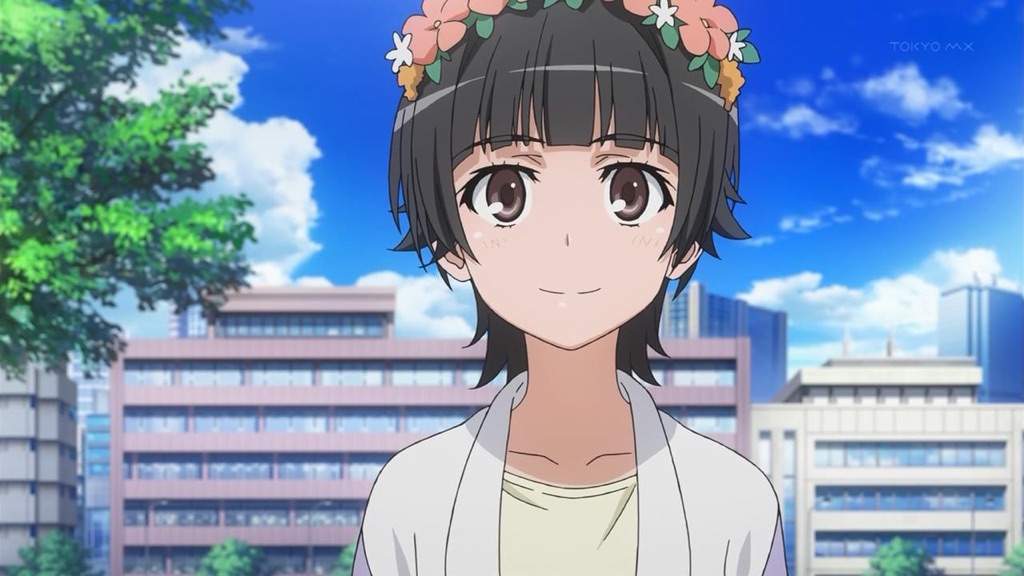 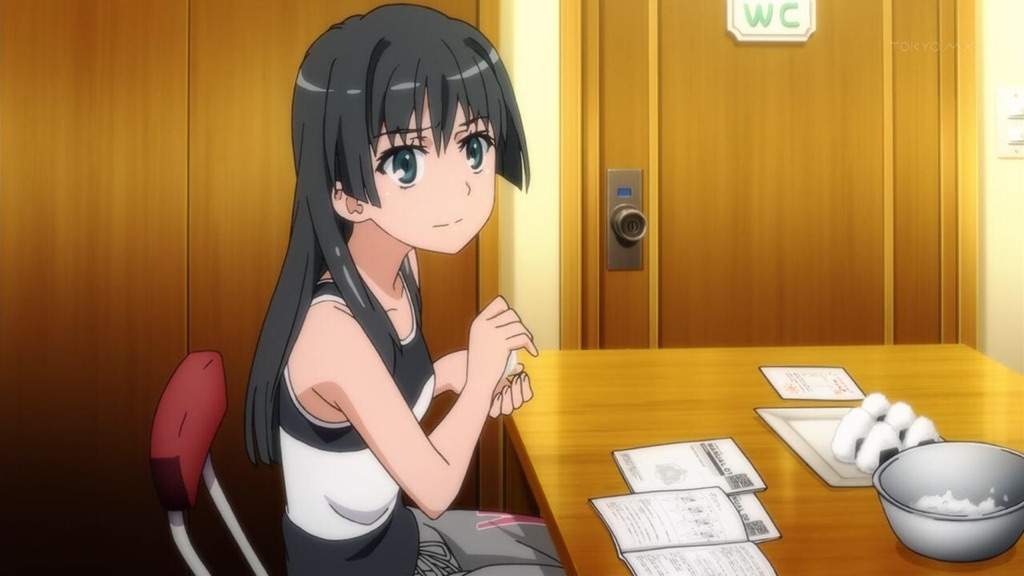 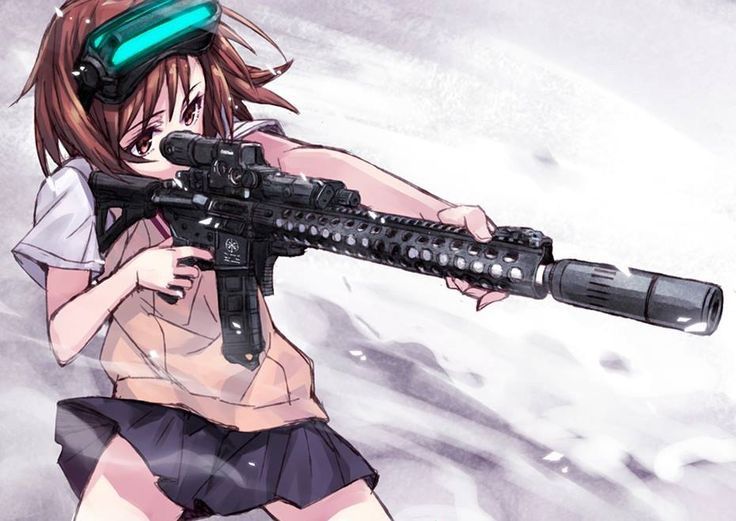 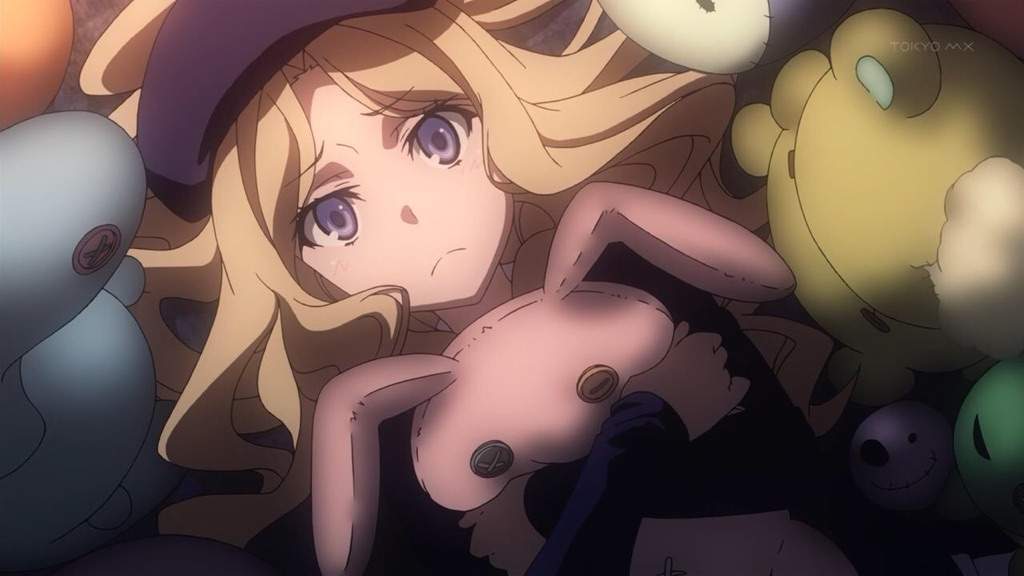 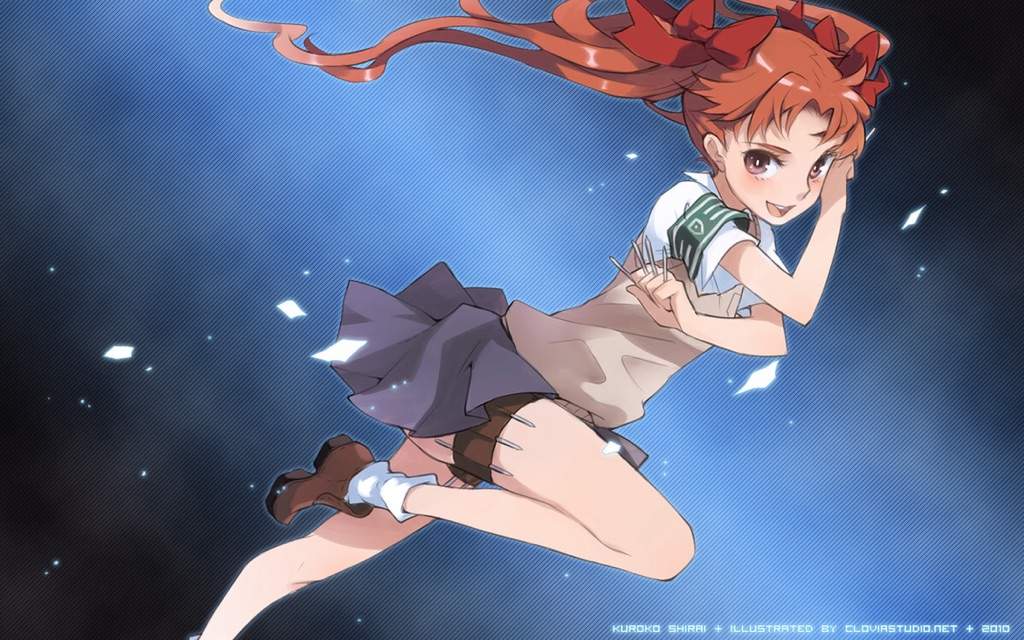 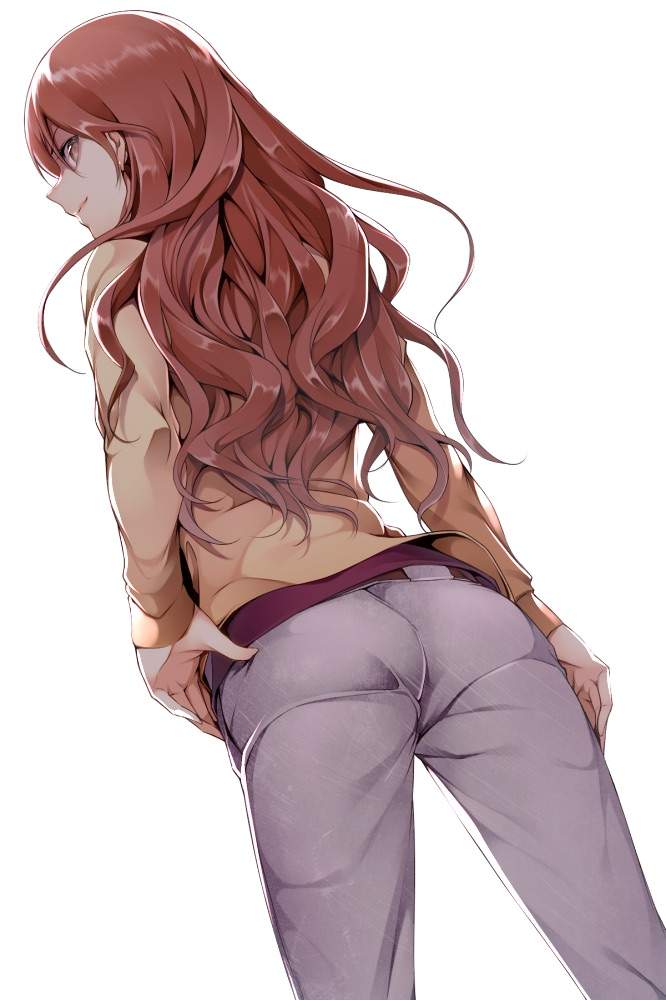 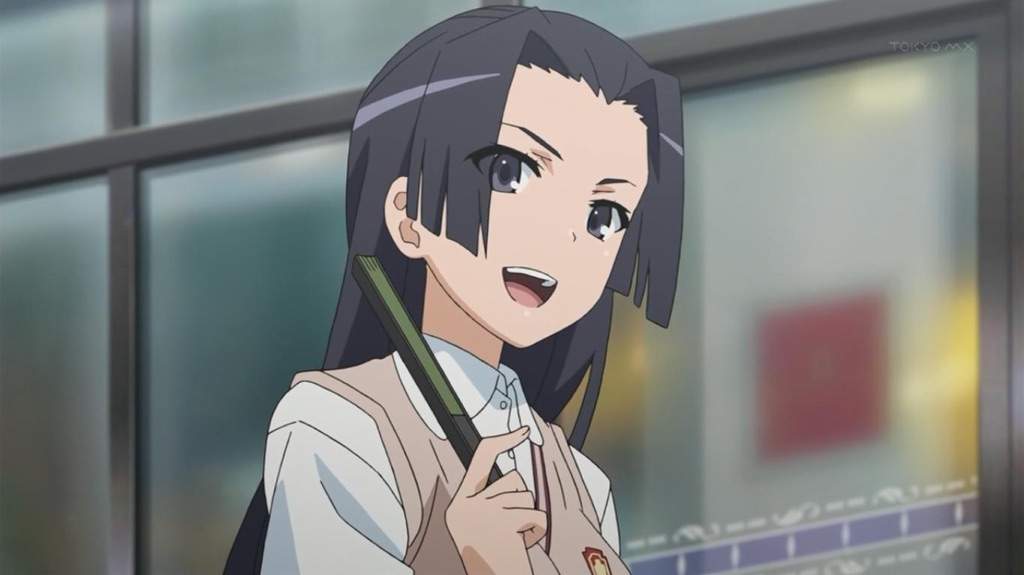 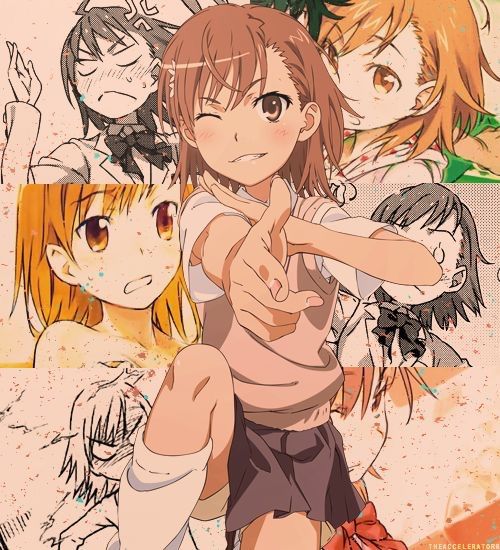 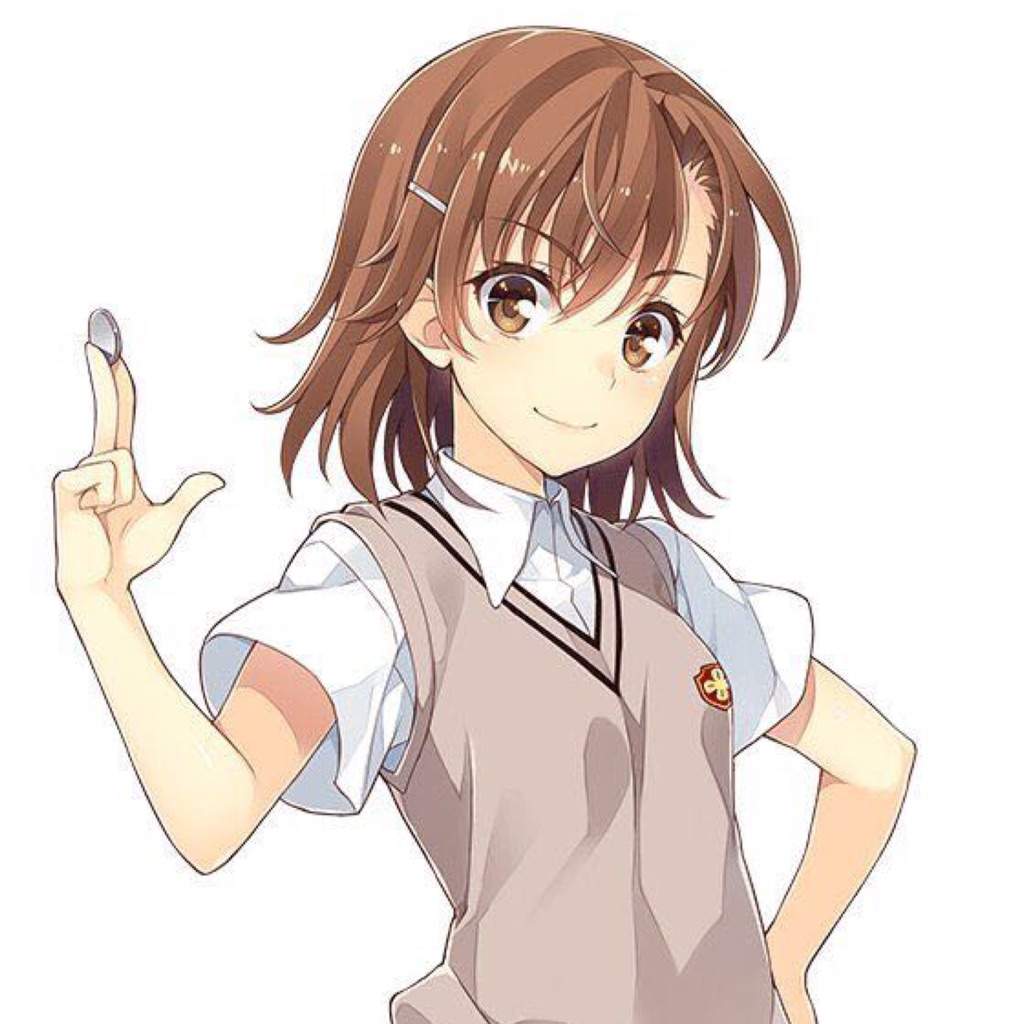 Yes it’s time for my top 10 Female Characters from the Toaru Kagaku no Railgun Series. As we all know this show is filled with interesting and wonderful characters with their own unique personalities. And it would just be a shame if I didn’t show them all off.

Even though she’s a powerful Esper Kinuhata has a mellowed out personality. She’s a member of ITEM, she likes to tease others. Saiai’s also very eccentric, but she quite serious and dangerous during a mission. With her offensive armor ability. She is also described as obedient-looking, a contrast to her playful personality when she’s not on a mission. Saiai likes to add super/ultra to the end of her remarks.

Shokuhou has a cute face along with that she has a playful and childish personality. She’s the 5th rank level 5 Esper. Because of this she’s know as The Queen of Tokiwadai. She has a taste for sweets and likes to do silly and cutesy pose. She sucks at physical activities like running or evening jogging she gets tired quickly and can’t swim. But she does have a much more cunning side especially when it comes to using her ability and manipulating people. Despite this ruthless exterior, she is not necessarily a bad person as she greatly values her friendship with a former deceased Dolly. She never shows herself in public, instead using her followers or mind controlling people to act as her representatives when talking with individuals. Shokuhou has a personal rule in taking care of the people she takes control of with her powers. When facing enemies, she has yet to use any deadly force on any of them.

Uiharu is one of the most adorable and sweetest character in the series. She is usually shy and humble but always friendly and she’s always high spirited. Uiharu says that she’s always composed because she puts a limit on herself. Without that limit, she is very energetic and can be airheaded at times. She is intrigued and interested in the Ojou-sama lifestyle, like with her tea making abilities. Uiharu isn’t capable of combat but she still has a strong sense of justice, being a member of Judgment, and will do her utmost to do her duty. She’s a genius level hacker but doesn’t admit it and she loves animals. Uiharu uses polite Japanese almost exclusively, regardless of mood or standing, she addresses everyone by their family name accompanied with the honorific.

Saten is beautiful and adorable. She has an outgoing and friendly personality, but is a little shameless sometimes like when she flips Uiharu’s skirt in public. She is also adept at reading the atmosphere, and often changes the topic when someone is feeling uncomfortable about something. Saten is superstitious despite being in the city of science. Because of this, she is a fan of internet rumors and urban legends, and loves telling her friends about them. She is very affable, quick to make friends, and cheerful. Saten has a lot of guts despite not having an ability she still helps out either by helping Uiharu. Or fighting with her baseball bat she’s got some serious skills.

The sisters personality are similar to Misaka but also different. Because their emotions are being suppressed, their expressions often remain the same. But in fact the aren’t emotionless they just don’t understand them. Which leaves them to be a little bit of an airhead when they see something interesting. Because of their suppressed emotions, the clones talk in the third person narrative, describing themselves after finishing a sentence.

Frenda and Mugino have sort of a master servant relationship. Frenda is a member of ITEM. When she not fighting she like to talk about things that normal girls her age like to talk about. She values the her legs highly saying that it is her pride as a woman. In battle her moves can be difficult to read, combined with her cunning style of combat, can prove to be a deadly combination. She also has a little of vicious and bloodthirsty nature enjoying taking someone lives. Frenda has softer side that she keeps hidden from the dark side and the normal world and that she truly she cares for people she is acquainted with.

Kuroko is a badass teleporter and extremely amazing when it comes to fighting. She can be   blunt when giving her opinions, and very bold when it come to Misaka. Like sneaking into her bed at night, and her choice of underwear. Her affection for Misaka appears to true love, She even allows herself to get severely hurt in order to do what she can to help Mikoto. She is regarded as Mikoto’s best friend. Usually Kuroko is laid back and friendly, she portrays determination and confidence. In her own abilities when she encounters enemies, even to those whom she knows is more powerful than herself. To her credit, she is an honorable girl who keeps her word, is kind to children. Kuroko can be close minded at times refusing to believe in urban legends.

Mugino is just too sexy, she the leader of team ITEM. Mugino has a mature appearance compared to the other girls of her team. She acts like the big sister of the group, which works well with her position as leader of the organization. As the leader of ITEM, she cares for the utility of her teammates and would not hesitate to dismiss them when they get in the way. She praises those who are worthy of her praise. However Mugino doesn’t tolerate incompetence or idiocy, she can also be quite blunt. In missions she is more that willing to kill, she’s a relentless person when it comes to victory. And will keep attacking until your completely destroyed. Despite her dark nature, she truly cared for the members of ITEM.

Kongou is an extremely beautiful girl. She is proud of herself most of the time despite being newly transferred and possesses traits of a real ojou. She puts on a brave front when it’s comes to thinks she doesn’t know how to do. Like cooking, pretending like she knows what she’s doing. But comes forward and admits she doesn’t know, she truly a wonderful girl. She looks out for her friends and always helps when their in need. Kongou and won’t let anyone talk bad about her friends. She also tends to warn her opponents by reminding them who she is and is confident of her own abilities. Because her aero hand is extremely powerful if used correctly. Just like Kuroko she’s frank about sexuality and loves to flaunt and show off her well proportioned body. She is also a little shy, eager and helpful.

You already know who was gonna be number 1. Mikoto Misaka,The Railgun, Electomaster, The Electric Princess herself. Misaka isn’t just beautiful, cute and sexy. She’s got a wonderful personality made up of a lot different part. From being a proper girl, to be short tempered, childish, some what of Tom Boy likes to fight and quick to shock you. Not that I mind though, she also gets really embarrassed. But all around she’s an amazing girl who is kind, sweet, caring loving, and who stands up and fight for others. She also honest, and an amazing fighter, everytime you see her its and amazing experience.