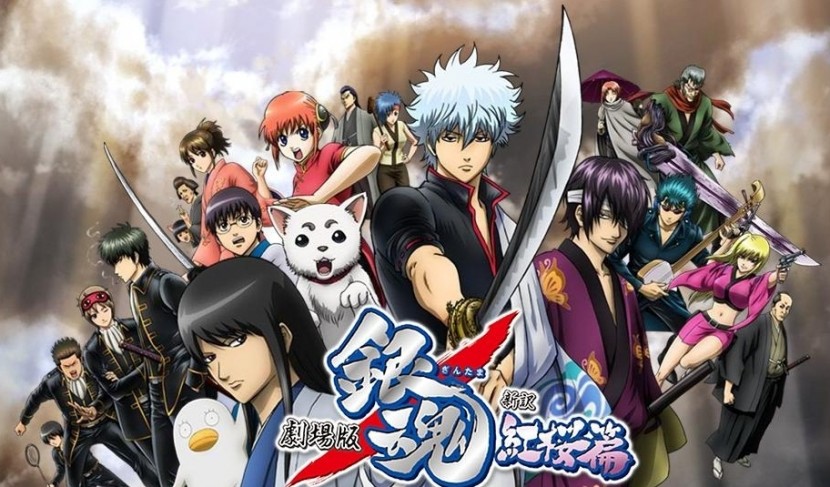 The staff of the Gintama anime confirmed during the “GintamaHaru Matsuri 2016” event on Sunday that the currently running Gintama anime will end this month.

The anime is currently celebrating its 10th anniversary. The cast, who were present during the event, offered their comments. Tomokazu Sugita (Gintoki) stated, “A lot of things are celebrating anniversaries. Congratulations to Sengoku Basara for its 10th anniversary, Cardcaptor Sakura for its 20th anniversary, and the Gintama anime for its 10th anniversary. The first step to the 11th year has already begun.” Daisuke Sakaguchi (Shinpachi) said, “I don’t really feel like 10 years have passed. My feelings and mental age haven’t really progressed since that first recording session. I’m sure the next 10 years would be the same.” Rie Kugimiya (Kagura) stated, “I’m really happy I was able to celebrate the 10th anniversary with everyone here. It’s been 10 years I’ve spent with people I love and all of you, and the roller coaster of emotions that comes from the fraudulent ‘the series is ending’ announcements. Here’s to more Gintama in the future!”

The first anime series premiered in 2006 and continued (with several extended hiatuses) until 2013. The currently airing Gintama television anime series premiered in April 2015, andCrunchyroll is streaming the series as it airs in Japan. The manga also inspired two anime films, including the “final” Gekijōban Gintama Kanketsu-hen: Yorozuya yo Eien Nare film that opened in 2013, and various OVAs and event anime.

Original manga creator Hideaki Sorachi previously reported that he is starting the manga’s final arc this year, though he himself does not know if the manga will end this year or next year.

Sorachi began the manga in 2004 and it continues to be ranked among the top-selling manga in Japan. Viz Media published the first 23 volumes in English.