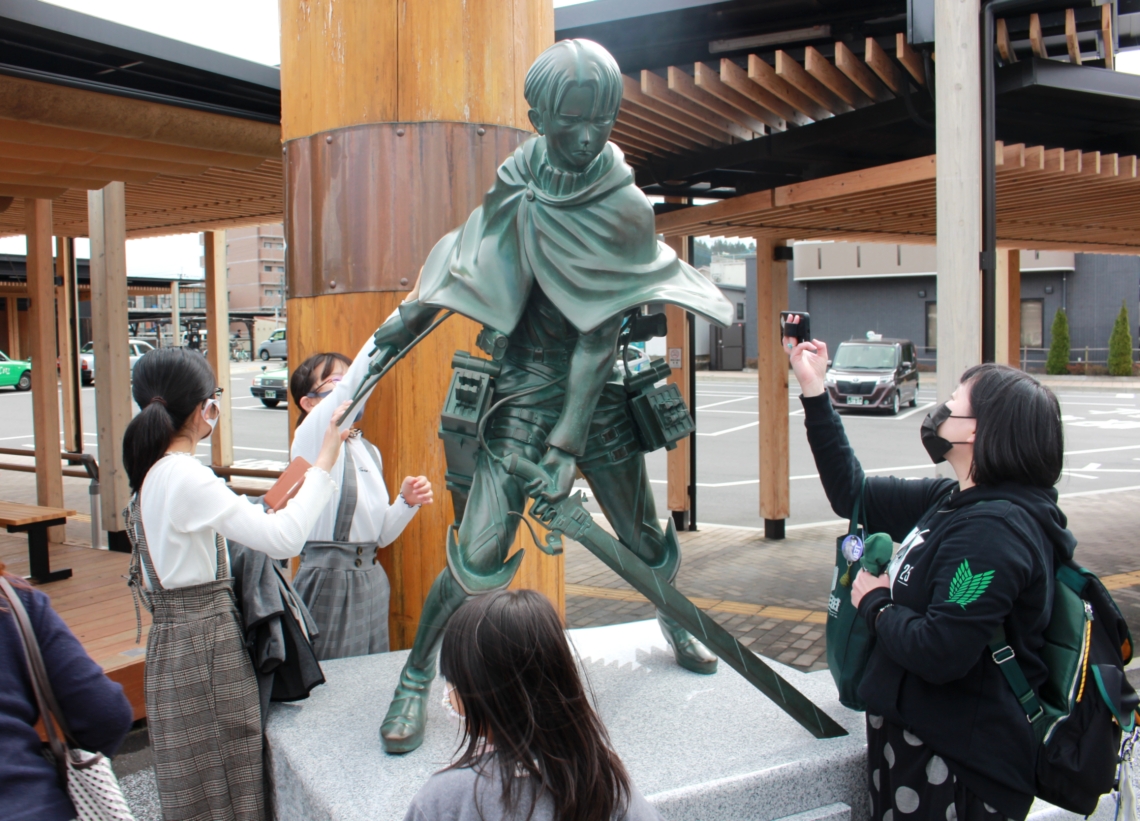 Following the bronze statue of Eren, Mikasa and Armin from Attack on Titan, Hajime Isayama’s home town is now richer for an awesome Levi statue as well! It was unveiled in front of the JR Hita Station in Hita City of Oita Prefecture, the hometown of the series creator Hajime Isayama, last Saturday.

Following the unveiling, Hajime Isayama commented: “He is the most popular character that has supported Attack on Titan all the way, and I’m indebted to him. I hope he is pleased.”

Levi is definitely one of the most popular characters of the franchise. He’s the badass captain, and we’re still waiting for his rematch with Zeke in the anime. The statue gives fans another way to worship Levi, and it’s another reason to visit in Japan for every Attack on Titan fan! Some more images from the scene:

The popular manga will end after 1 more chapter on April 9. Although anything is possible, Isayama did say he wanted to hurt his readers before. It will end with chapter 139, while the final volume will release on June 9. Meanwhile, the ‘Final Season’ of the anime ends on March 28 with episode 16. Though we might get a part 2 or some movie announcement around that time as well. Either way, it’s near the conclusion, and we can’t wait to see how this masterpiece will end.

You can also read the full synopsis of the story:


Over a century ago, mankind was devoured by giant beings of unknown intelligence and origin known as Titans. Creatures that eat humans alive indiscriminately and for no apparent reason. The remaining population has managed to survive the last hundred years only by building a multi-walled city capable of keeping the Titans at bay, training military recruits to patrol the perimeter and gather intelligence about their mysterious foe. Eren and Mikasa have lived a relatively peaceful life behind the city’s walls. But when a massive Titan appears, smashing the outer barrier and unleashing a wave of terror, their lives are brutally changed forever…