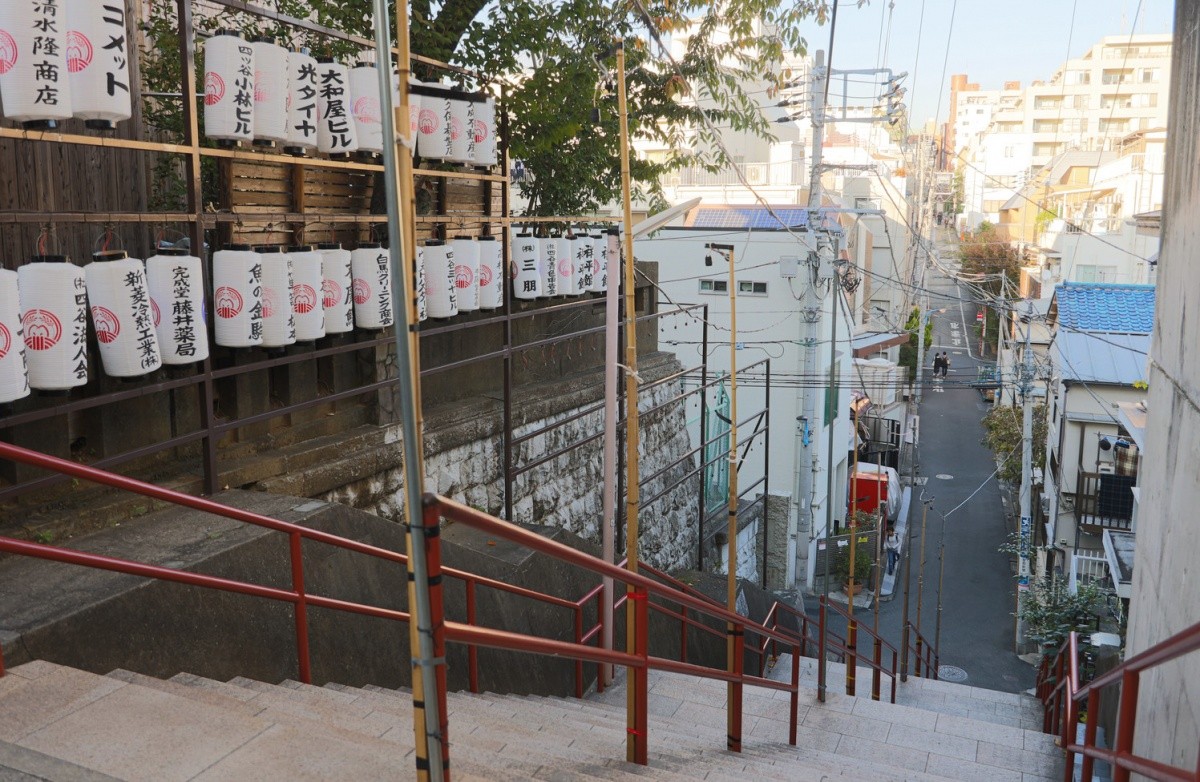 For the anime fan, there’s nothing more thrilling than finding a scene from your favorite series in real life! Luckily, Japan is full of real-life locations used as anime settings just waiting to be discovered!

Art is frequently inspired by real life, and while perhaps the busty monster harems and main character popularity are the stuff of pure fiction, the locations are less so. There are a number of anime series that use real life locations as inspirations for their backgrounds. In fact, it is likely easier to just draw a scene from a photograph then to imagine a realistic backdrop. As these anime series have inspired even just the smallest trickle of tourism from weebs to these areas, the practice is being encouraged even further.

While real life locations are very, very popular in anime movies ala Studio Ghibli and Makoto Shinkai films, this list only include locations from anime series, not movies.

Laid-Back Camp has been one of the more recent successes in inspiring anime tourism. In fact, when it came out, the campgrounds in the Yamanashi prefecture filled up with people looking to camp in the foothills of Mount Fuji. Minobu Town in particular celebrated a boom of people inspired by the scenery of the show.

Shirakawa From Higurashi: When They Cry

These days even pretty rural villages have modernized. However, the village of Hinamizawa in Higurashi was based on UNESCO World Heritage site Shirakawa, which essentially ensures it will stay as rural and creepy for all time. There is also some creeptastic anime statues of the characters there, too.

If you are an anime fan, you have every reason to go to Akihabara anyway. It is considered our most holy nerd site. While there, you can get a good look at Radio Kaikan from Steins;Gate. You can find other notable areas from the series there, but this is the most recognizable, and it it filled with great anime merch.

While you won’t find any headless Dullahans there, because Durarara spans throughout this city, you will likely find a lot of spots you will recognize throughout it. It is also a big commercial area so there is lots to do.

In the pre-COVID world when Demon Slayer was at peak hype, tourism to this one perfectly cracked rock at the Amanotateiwa Shrine in Yagyu Village saw so much tourism that queues formed just to take a picture with the rock.

If you are looking for markets where you can eat, browse, and shop, you won’t have a very hard time in most big cities. However, you will find the tight corridors and community in Demachi Masugata Shoutengai inspired the same in Tamako Market. Even without the anime, it still an interesting place.

Kamakura and Enoshima From …A Lot of Things!

When you see particularly interesting scenery in anime, usually you think it must be some place in Tokyo. As Japan’s great metropolis, chances are you’d be right. However, Kanagawa prefecture is perhaps one of those secret anime hot spots. The coastal town of Kamakura and the small island of Enoshima off the coast are laden with anime sites.

You can spot a few landmarks from Kamakura and Enoshima in Elfen Lied, the entirety of Tsuritama is set on Enoshima, most of Rascal Does Not Dream of Bunny Girl’s coastal scenes are from Kamakura, and Squid Girl takes place on Kamakura’s Yuigahama beach. You get the bonus of tripping over anime scenery and being at the beach.

If you are looking for a hot springs town with anime inspirations, Yuwaku in Kanazawa is for you. You can find a lot of shot-for-shot inspirations from Hanasaku Iroha here, and people have taken note. The area even recognizes its own anime inspired popularity. They now host the Bonbori festival from the show. It has no historical roots to the area, but festivals bring in the crowds.

Nerima-ku From Your Lie in April

The Nerima-ku district of Tokyo isn’t exactly one of those sexy places. Its more like a place where people just kind of live. However, if you were enthralled by that small suburb scenery in Your Lie in April, wandering the tight streets is perfect. Shout out to this Japanese blog that highlighted the scenes set in the area episode-by-episode.

Shimoyamaguchi From The Flying Witch

The Flying Witch makes it no secret that it is set in Aomori, Honshu’s most northern prefecture, but if you want to get super specific, you can find many scenes from the town of Shimoyamaguchi. The fun part of The Flying Witch is the characters essentially tour all the interesting spots in the area so on your tour you can really see the resemblance.

Shibuya Scramble Crossing From Tokyo Ghoul (and Others)

Like the Tokyo Skytree or Mount Fuji, The Shibuya Scramble Crossing is one of those iconic Japanese places. It is also one of those hugely busy places where you can get swept up with the crowd like it was rushing water. You’ll note that anime series that show the scramble crossing like Tokyo Ghouls, Blood C, or Idolm@ster all show it as packed. Though I’ll always remember it more from Persona 5.


The dramatic climax of smash-hit Your Name sees protagonists Taki and Mitsuha cross paths at the long staircase outside Yotsuya’s Suga Shrine (四谷須賀神社) in central Tokyo. This now iconic area, which was beautifully recreated in the anime, has reeled in visitors from all over the world trying to reenact the film’s final moments. Suga Shrine can be easily reached with a 15-minute walk from Yotsuya Station (四ツ谷駅).

For die-hard Your Name fans, the tour doesn’t stop at Tokyo! Mitsuha’s serine hometown, Itomori, is said to be based off Hida City (飛騨市) in Gifu. Like its anime counterpart, Hida is full of magnificent scenery, historical buildings, and traditional architecture. It’s a tourist-friendly insight into rural Japan that definitely warrants a visit! Hida Library, Hida-Furukawa Station, and the Keta Wakamiya Shrine make distinct appearances in the film, while several bus stops, streets, and other locations can be spotted with keen eyes! The Hida Furukawa Sakura Gift Shop holds many of the area’s traditional goods and offers visitors the chance to try the kumihimo (組み紐) traditional braiding technique practiced by Mitsuha and her family.

However, Hida City is missing the most memorable part of its fictional counterpart – the giant lake! This vast lake encircled by mountain range is instead believed to be inspired by Lake Suwa (諏訪湖) in Nagano Prefecture. However, this is refuted by the director himself, who stated Lake Matsubara (松原湖) in the same prefecture to be the inspiration. Despite the director’s assertions, in my opinion, Lake Suwa looks a lot more similar!

Do you have more interesting real life locations from anime? Let fans know in the comments section below.