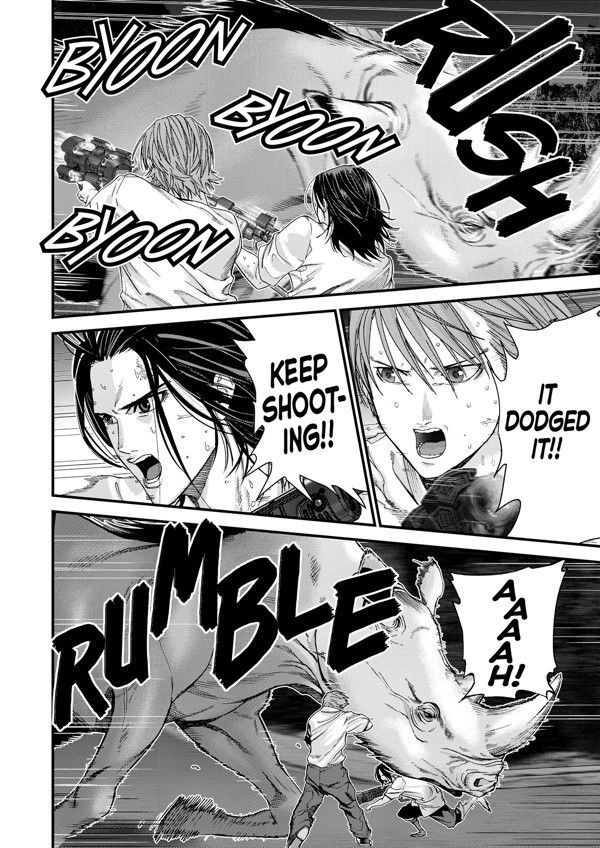 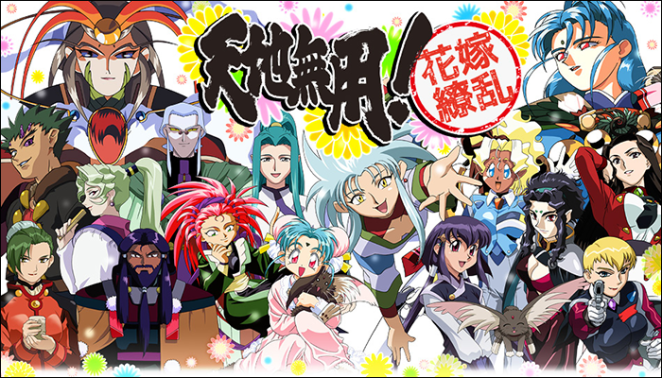 We may be halfway through 2018, but that doesn’t mean there aren’t any new anime to watch this month — or new manga to read. There are plenty of new titles to worth exploring before we reach the summer season. So, here are five anime and manga to check out this June.

FLCL Progressive is the second season of the hit anime FLCL. The latest adaptation takes place a few years after the adventures of Naota Nandaba and Haruhara Haruko. But even though some time has passed, there’s still a war going on between the Medical Mechanica and Fraternity.

Back on Earth, there’s a girl named Hidomi who, despite sporting glowing cat ear headphones, has a cold demeanor that’s off-putting to others. She believes her life will always be the same, dull and ordinary. But this all changes when a new teacher named Haruko arrives at her school — with the Medical Mechanica close behind.

The group attacks Hidomi’s hometown, quickly turning her boring life upside down. But there is hope. Hidomi holds a secret within her that could save everyone; she just needs Haruko to help her unlock it.

The original manga, Gantz, ended its run in 2015, but the horrors are not over yet. The black sphere returns in Gantz G. The spin-off manga follows a group of students and teachers who get into a bus accident on their school trip. But, when they awaken, they suddenly find themselves in a schoolroom. Waiting for them is the menacing black sphere, and it has a message for them: The life that they once knew has ended.

Now, they have new lives. How they use them is entirely up to the sphere. With a new mission, weapons, and uniforms, the new players must fight a whole new cast of alien invaders. If they prove unable to defeat them, Gantz will show them that the dead can still die.

Dark Horse Comics will publish all three volumes of Gantz G, and the first English chapter will hit shelves this June.

LAUGHING UNDER THE CLOUDS: FATE, THE DOUBLE-HEADED FŪMA

After the successful run of Laughing Under the Clouds, comes a whole new series of stories taking place before and after the end of the main show. This upcoming movie follows the second part of the planned trilogy series, Fate, The Double-Headed Fūma. Once again Tetsuya Wakano (Magi: The Labyrinth of Magic and Seraph of the End: Vampire Reign) will take the helm.

The movie is an adaptation of Kemuri Karakara’s three-volume spin-off series of the same name. Fate, The Double-Headed Fūma focuses on Shirasu Kinjou‘s past as he caries out his destiny as the head of the Fūma clan. The film will be an hour long, and the cast of the main series will reprise their roles.

This June, Seven Seas Entertainment will release the first part of the True Tenchi Muyo! light novel trilogy in English. Masaki Kajishimaand Hiroki Hayashi will tell the backstory of the cult classic.

Based on the Tenchi Muyo! Ryo-Ohki anime series, the trilogy of light novels will give shape to the strange universe that is Tenchi Muyo. In the first volume, readers will come to understand the history of Emperor Azusa. It will also highlight the events following the second season. Chapter two will follow Tenchi’s grandfather Yosho and explain how he came to Earth. The origin of Washu, science’s greatest genius, will be covered in the final chapter, along with her reign as a goddess.

The light novel series will, for the first time, be available in North America in both print and digital formats.

The sequel to Peacemaker Kurogane comes to the silver screen in a two-part film series. The first film, Peacemaker Kurogane: Belief, will be directed by Shigeru Kimiya (Master Keaton and Terra Formars Revenge) and written by Eiji Umehara (Grimoire of Zero and Re: ZERO -Starting Life in Another World-).

The anime takes place at the beginning of the 19th century. Japan is entering a period of diversity, and its political and social structure is becoming unrecognizable. Enter: Tetsunosuke Ichimura, a teen who wants to join the Shinsengumi, an organization of warriors who protect Japan’s citizens.

However, Ichimura joins the group for personal reasons. He wants to get stronger to avenge the murder of his parents at the hands of a Chōshū rebel. But his thirst for revenge won’t prepare him for the journey that awaits him in this historic group.